You may be visiting this page because you have previously bought jewellery from us, or, because you just like jewellery. Whatever your reason, here is a little bit of information for you on what we at Black Cat Glass Designs do.

Initially, we used to make pendants, rings and bracelets. The cabochons were made from dichroic glass and were rather beautiful, even if I do say so myself! Here is a picture of a couple of things we had made. 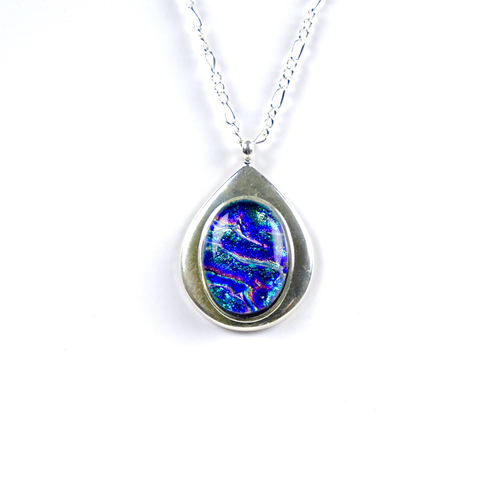 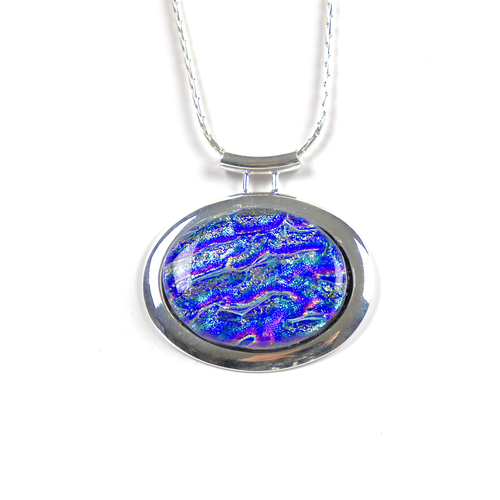 Pretty, right? But here’s the thing: dichroic and fused glass cabochons are quite thick – at least, the ones we make are, at around 8mm. We had terrible difficulty in sourcing findings which would hold an 8mm thick cabochon.

There was a glass supplier in America which had silver-plated findings suitable for 8mm cabochons. For a while, we purchased from there, but it quickly become unaffordable due to the low pound and customs charges when they reached the UK.

We could not pass these costs onto our customers because there is a limit as to how much someone would pay for a silver-plated pendant, no matter how beautiful the stone. I realised that we were making them for the love of it because we were not even taking our costs. It was because of this, we decided to drop almost all the jewellery products from our range.

We say ‘almost all’ because we do still make the layered dichroic donut pendants like this: However, these are very time-consuming to make and because they are exclusive products, we only make about 2-3 per year. Other than the bail and chain, there is no other finding needed, which is why we still make them. 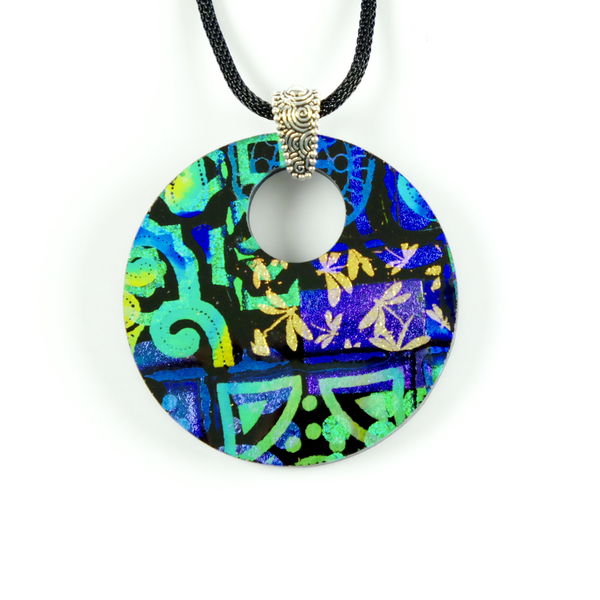 All is not lost, however because in 2020, Black Cat Glass Designs formed a collaboration with a local jeweller: Chris Lewis Jewellery Design. Chris is a silversmith, but also works with copper and gold. We now have a set-up whereby we provide the cabochon to Chris, and she puts this into a pendant, ring or bracelet for you, according to your preferences. Here’s how it works:

You decide what colour, size and shape glass stone you would like. You can choose from ones we already have made, or you can commission one in the colour/shape/size of your choosing. It is up to you whether you approach us on info@blackcatglassdesigns.co.uk or Chris on chrislewisjewellerydesign@aol.com at this stage. Either of us will help you with your cabochon requirement. Here are some examples of the cabochons: 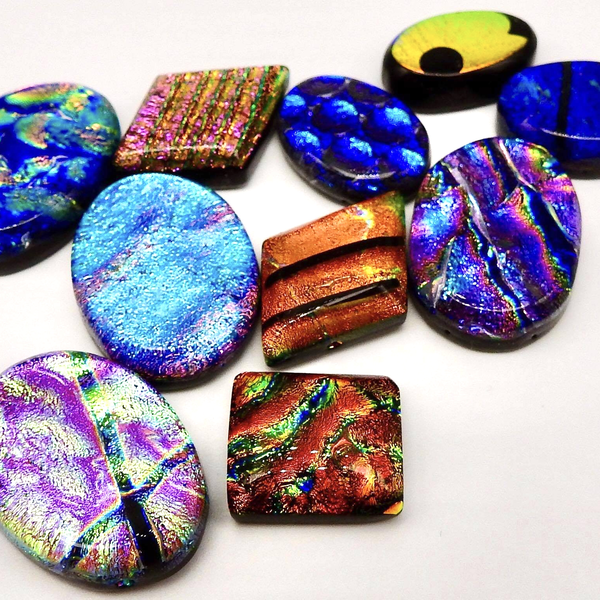 Once you have chosen the cabochon, you will then discuss with Chris what sort of jewellery piece you would like.

Chris will then make your piece and invoice you for the piece in total.

Easy! You will have your one-off, unique piece of sterling silver (or gold, or copper if you prefer) jewellery, with a stunning dichroic cabochon. The best of both worlds, and supporting two small businesses in the process. We already love you for it.

For an idea on the sort of thing we do, here is a collection of rings and pendants we have already created together. 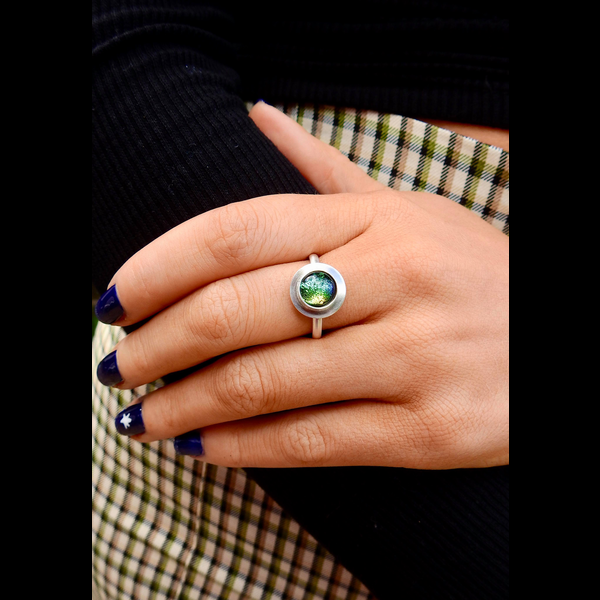 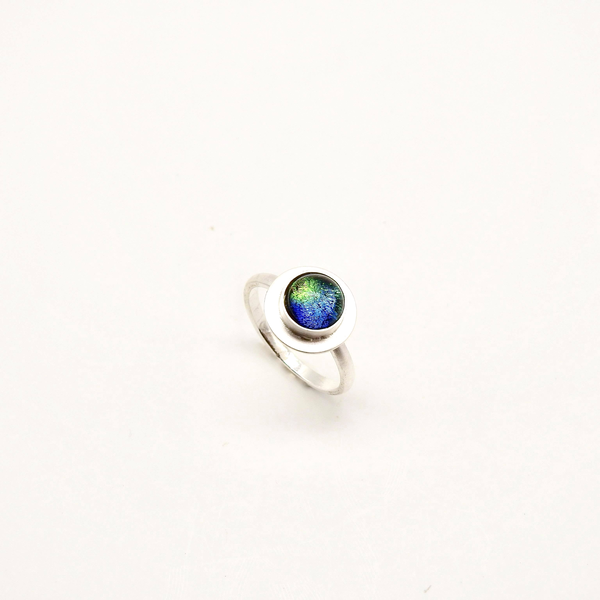 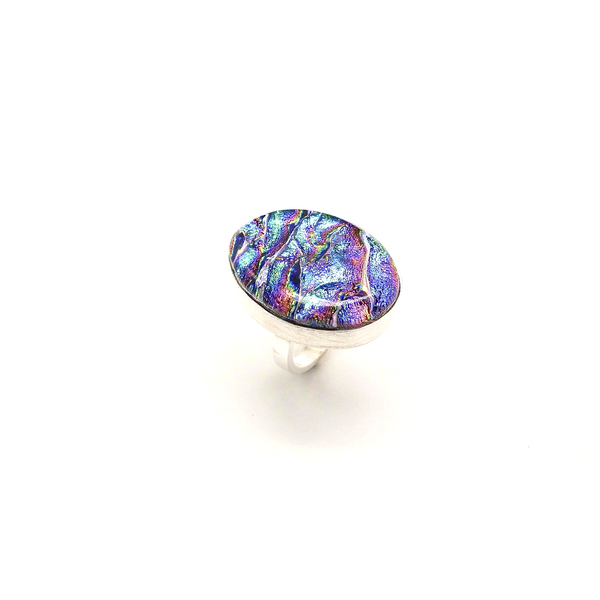 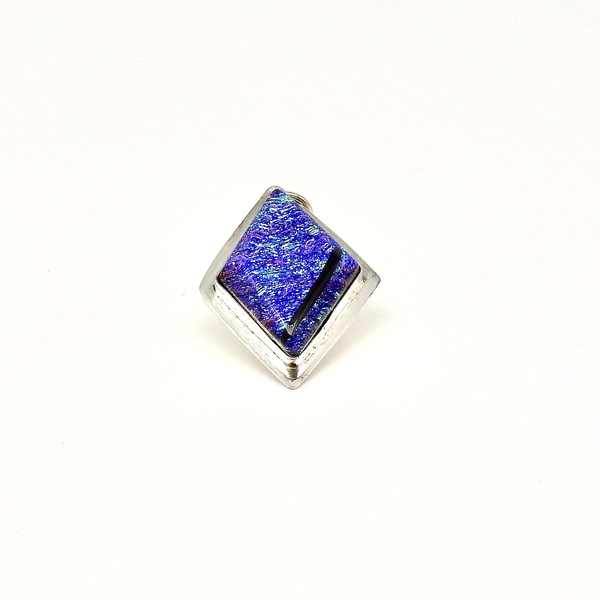 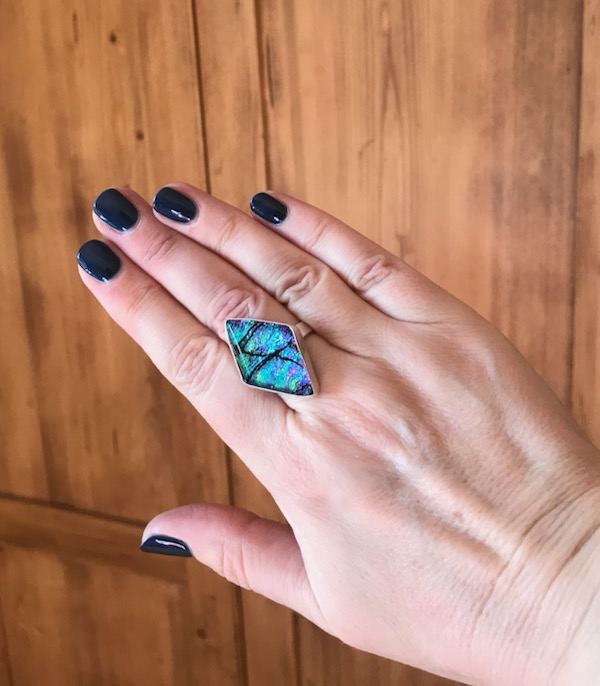 Don't be shy, get In touch.

This website uses cookies to improve your experience while you navigate through the website. Out of these cookies, the cookies that are categorized as necessary are stored on your browser as they are essential for the working of basic functionalities of the website. We also use third-party cookies that help us analyze and understand how you use this website. These cookies will be stored in your browser only with your consent. You also have the option to opt-out of these cookies. But opting out of some of these cookies may have an effect on your browsing experience.
Necessary Always Enabled
Necessary cookies are absolutely essential for the website to function properly. This category only includes cookies that ensures basic functionalities and security features of the website. These cookies do not store any personal information.
Non-necessary
Any cookies that may not be particularly necessary for the website to function and is used specifically to collect user personal data via analytics, ads, other embedded contents are termed as non-necessary cookies. It is mandatory to procure user consent prior to running these cookies on your website.
SAVE & ACCEPT